A case study on how I designed an account switcher for Duolingo.

Duolingo has amassed a cult of 12 million app users who learn Spanish, French, German, Italian and Portuguese. However, according to CNET critic Jaymar Cabebe, “The app makes you log out and log back in to switch, which is less convenient for couples or even families who share a device.”Intrigued by this problem, I applied Lean UX design principles to create a more seamless experience for families.

Help families and couples switch between accounts without the tedious log-in/log-back-in process In other words, create an account switcher that reduces friction. It’s called “Click. Click. Awesome.” (A witty mantra by the legendary Hiten Shah.) 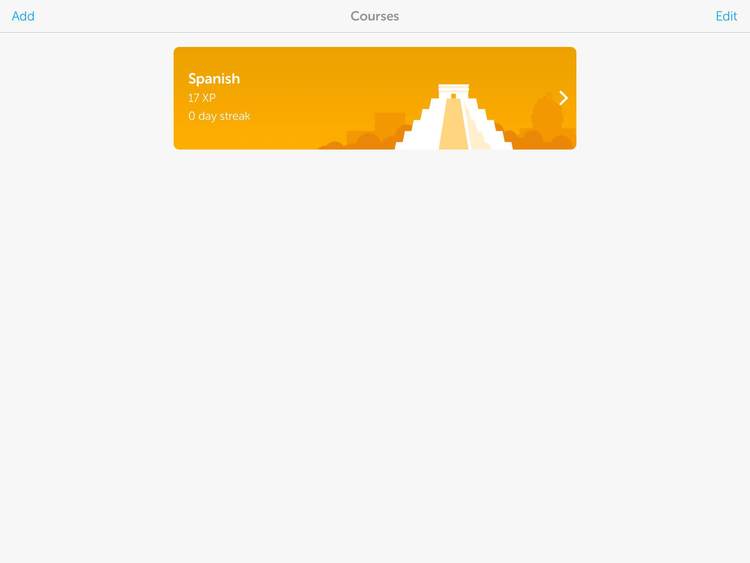 How I got here

I ran a design sprint in two weeks where I prototyped and tested account-switching flows for the iOS tablet app. Below is my two week design process.

Here's how I did it 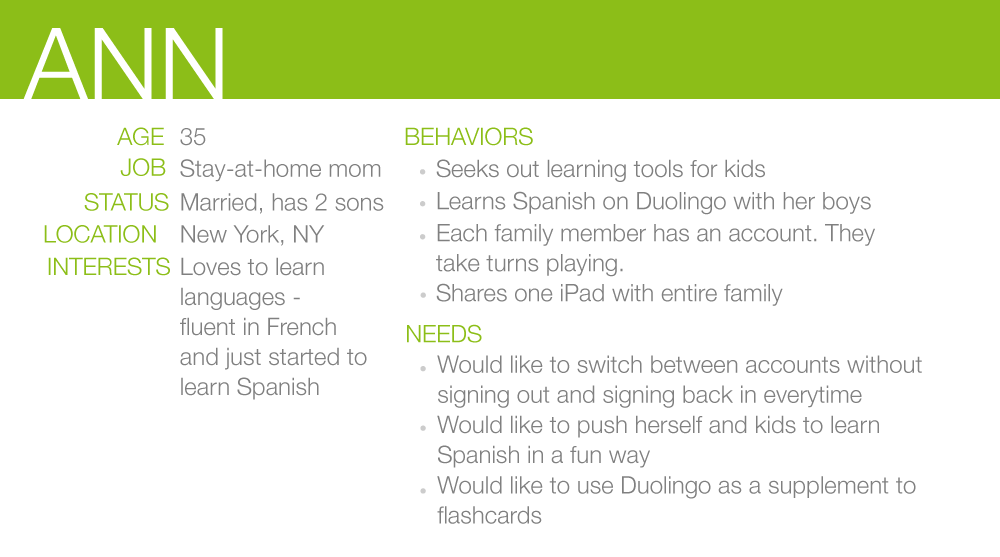 This need can be summed up with a user story statement:
To put this in perspective for Ann or any similar persona, here’s what a complete user story statement looks like:
How can I help Ann and her family?
After crafting a persona and user story, I wrote down epics and needs. The purpose of the epic and the needs is to understand the scope and figure out how to meet your users’ needs. 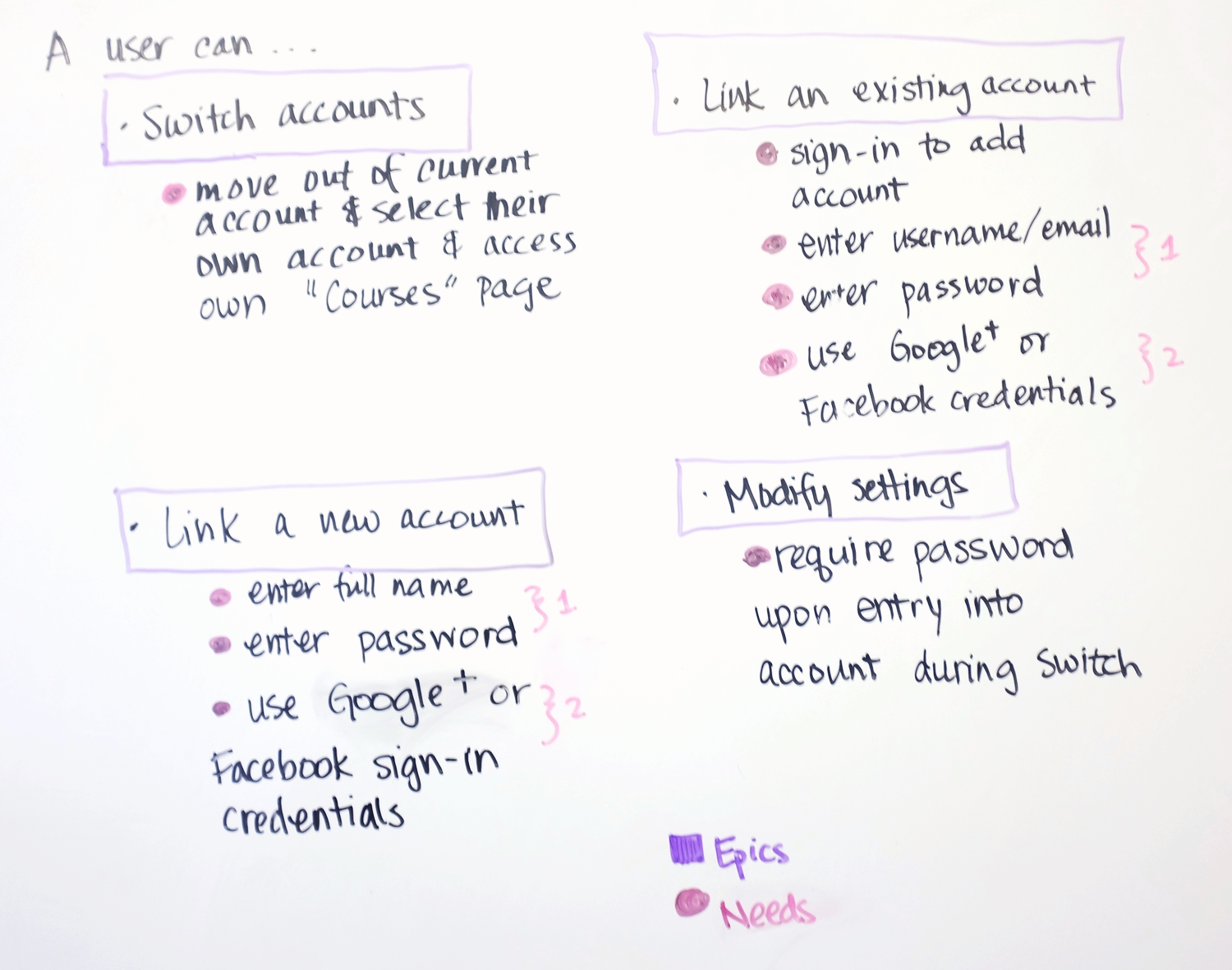 With the design stories, we can address each story one at a time in the task flow.

The flow diagram below depicts how a user travels through the system as they switch accounts. The diagram also shows alternate flows and edge cases (unexpected things that happen with the feature) that a user may run into while performing an account switch. 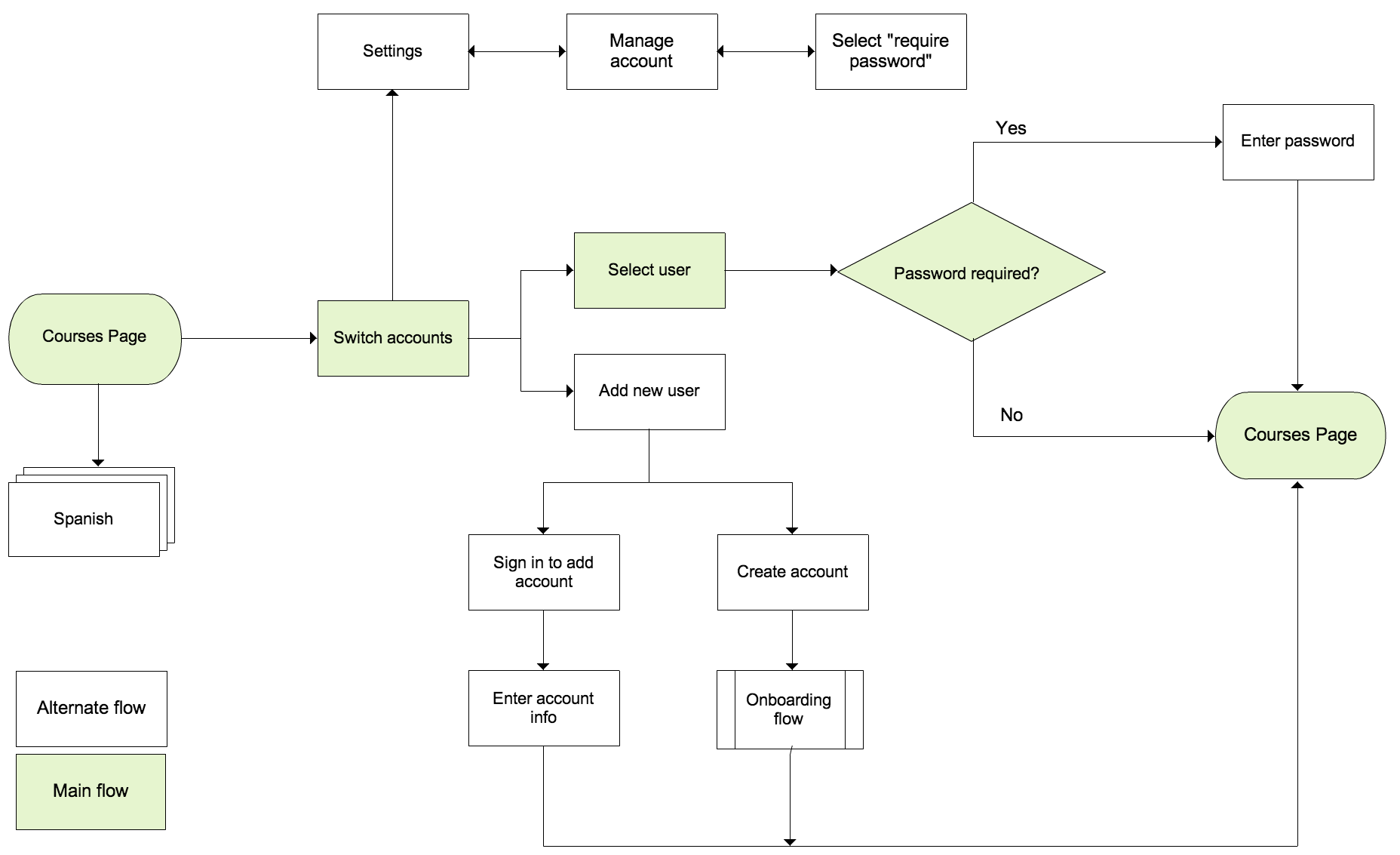 Next, I experimented with as many solutions as possible. I create this on paper to ideate quickly. After I sketched, I talked to a few people about the sketches to make sure I wasn’t missing any major part of the experience. 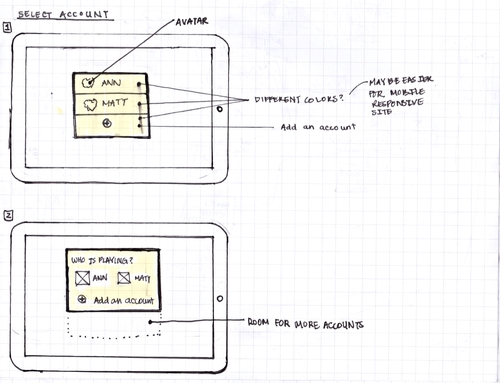 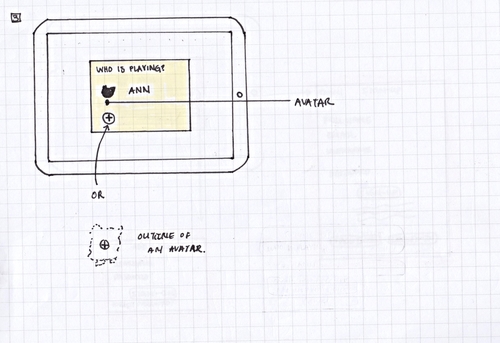 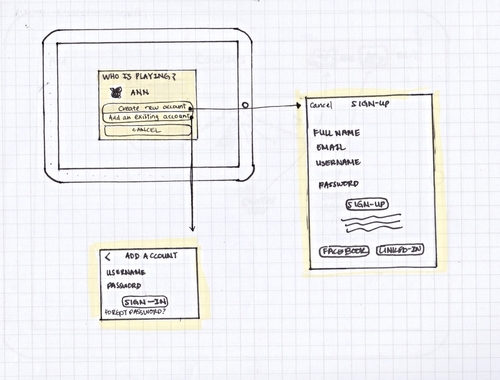 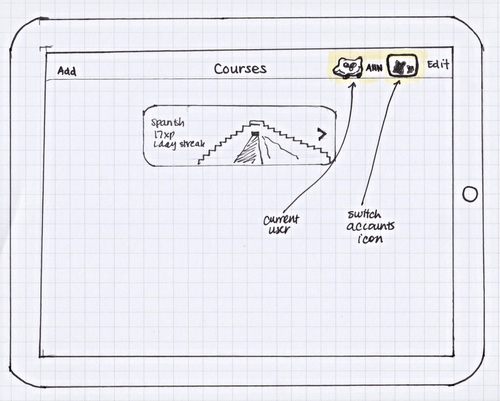 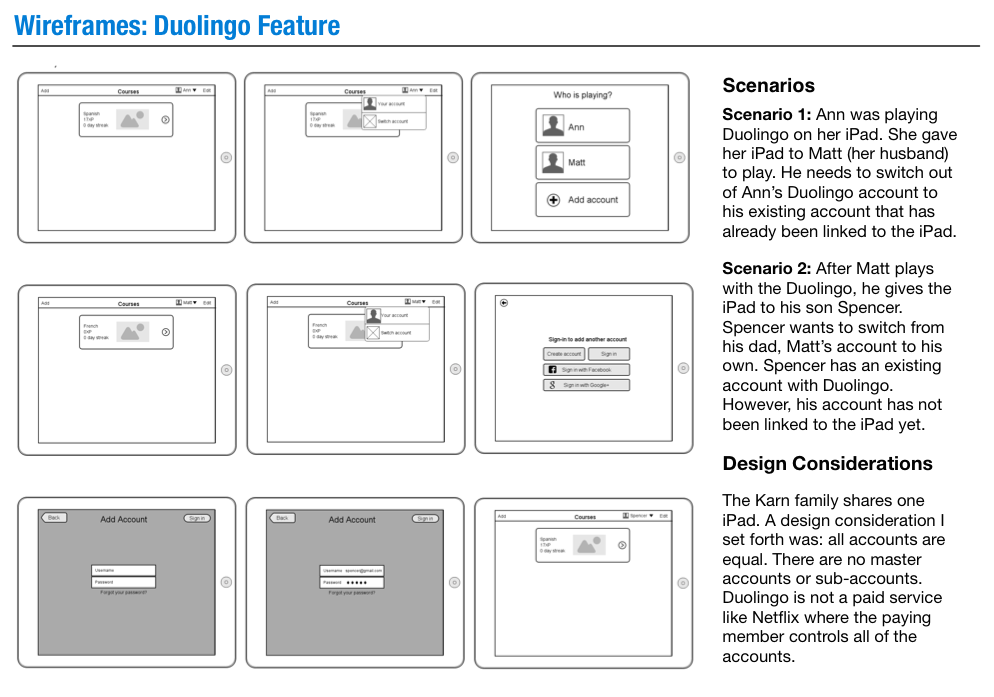 I extracted the top sketches and converted them into wireframes. The wireframes explain the copy, call-to-actions, and other interface elements, as well as how they all work together.
The scenarios and design considerations acted as anchors. I was able to imagine how Ann’s family would move through the account switching feature.

Each prototype tested different approaches to switching accounts. The objective here was to figure out where the confusion was when users move through the flow. There were:
In the first two sets of prototypes, users got stuck. A common reaction was: “I don’t get it. I’m confused.” Making a simple feature like an account switcher is actually incredibly complicated. (Thank goodness people failed! The usability tests informed how I could move forward and iterate.)

After all of the tests and iterations, the third prototype was a success. Everyone could switch accounts. And, if a user did not have an account, she could add an account to switch into. You can play with the interactive prototype here! For a quick demo of how it all works, check out the video demo:
Click here to see the prototype

Designers often want to make something special, something that really grabs people’s attention. But I realized that when we actually use these products, whether or not they are special is not that important. So I decided it would be a good idea to look at people’s subconscious behavior instead—or, as I call this principle, ‘design dissolving in behavior.’ I realized then that design has to achieve an object ‘without thought.’

I’m not affiliated with Duolingo. I’m exploring UX Design in the education technology space. I studied under Kate Rutter & Laura Klein @Tradecraft in San Francisco. Special thanks to Karen Bhatia for making this article sparkle.

This post is also on Medium.
© Jessica TIAO, 2022
LinkedinMEDIUMInstagram