A case study on how I designed a new feature for Authy: a simple yet powerful way to update logos to your authenticator accounts, so it’s easier than ever to find each account.

The Authy app generates secure 2-step verification (2FA) tokens on your phone. It protects your account from hackers by adding an additional layer of security.
‍

I was the lead product designer, I owned: 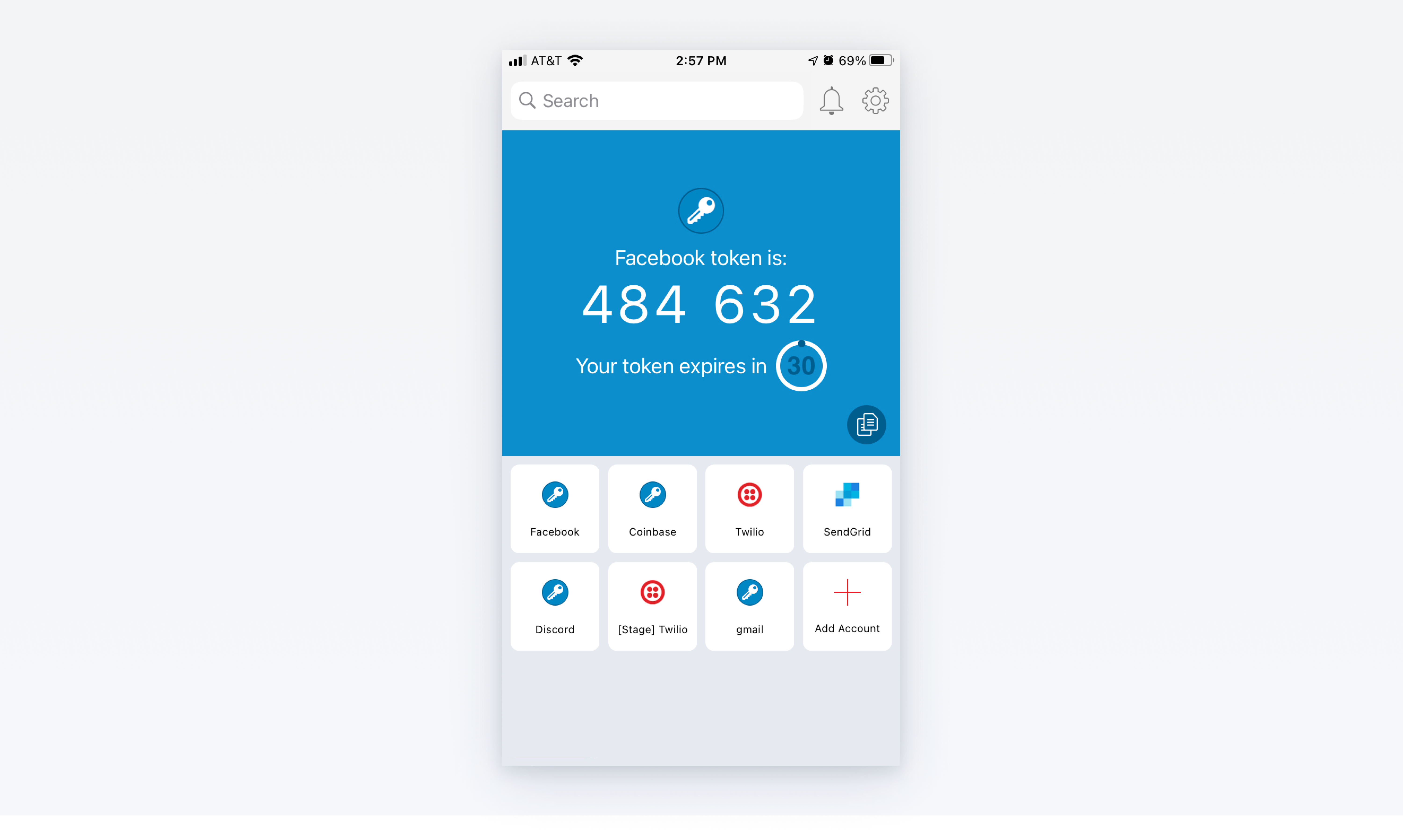 New and existing Authy users could not quickly find the authenticator account they needed.

Generic logos slowed down user recognition of the correct account they needed to authenticate.

Users often ran into errors when they accidentally chose the wrong account; caused user friction and slowed down task completion.

Based on these known pain points, we focused our efforts within the design and development of a new feature with a 3-pronged approach:

Increase the likelihood of users selecting the correct authenticator account 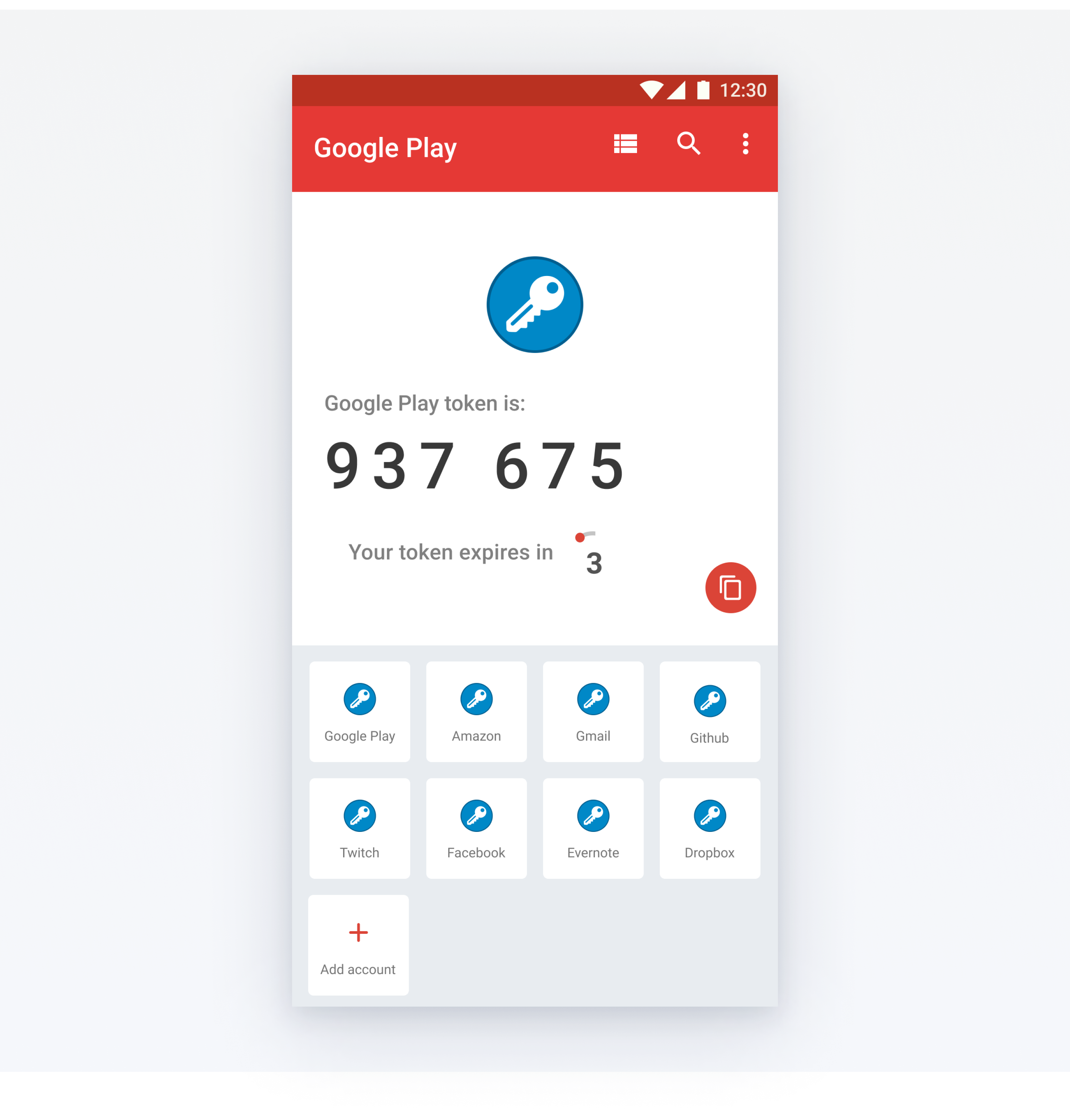 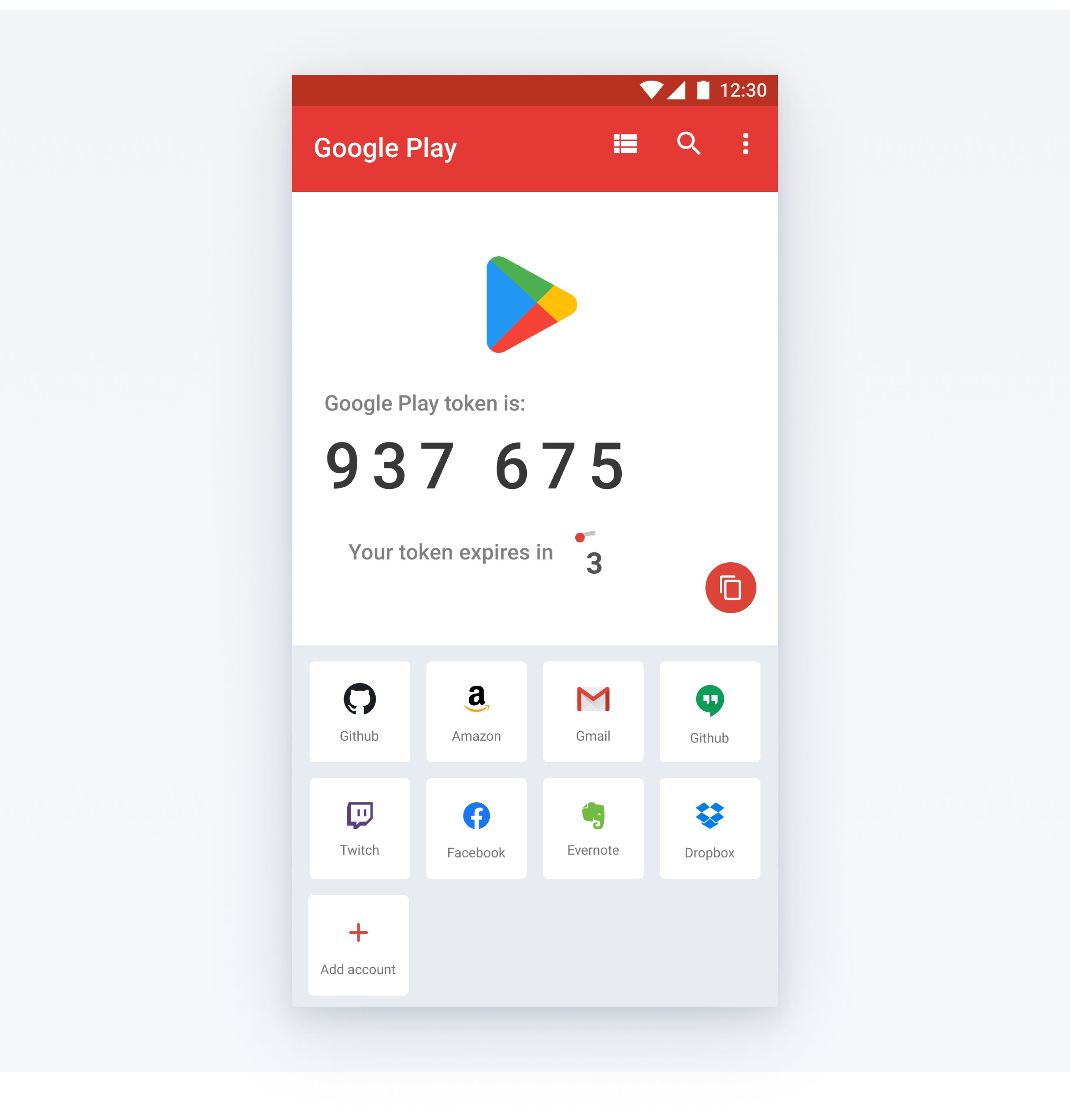 AFTER
Branded, customized logos. Users can easily scan the list of accounts to quickly find the right account they were looking for. 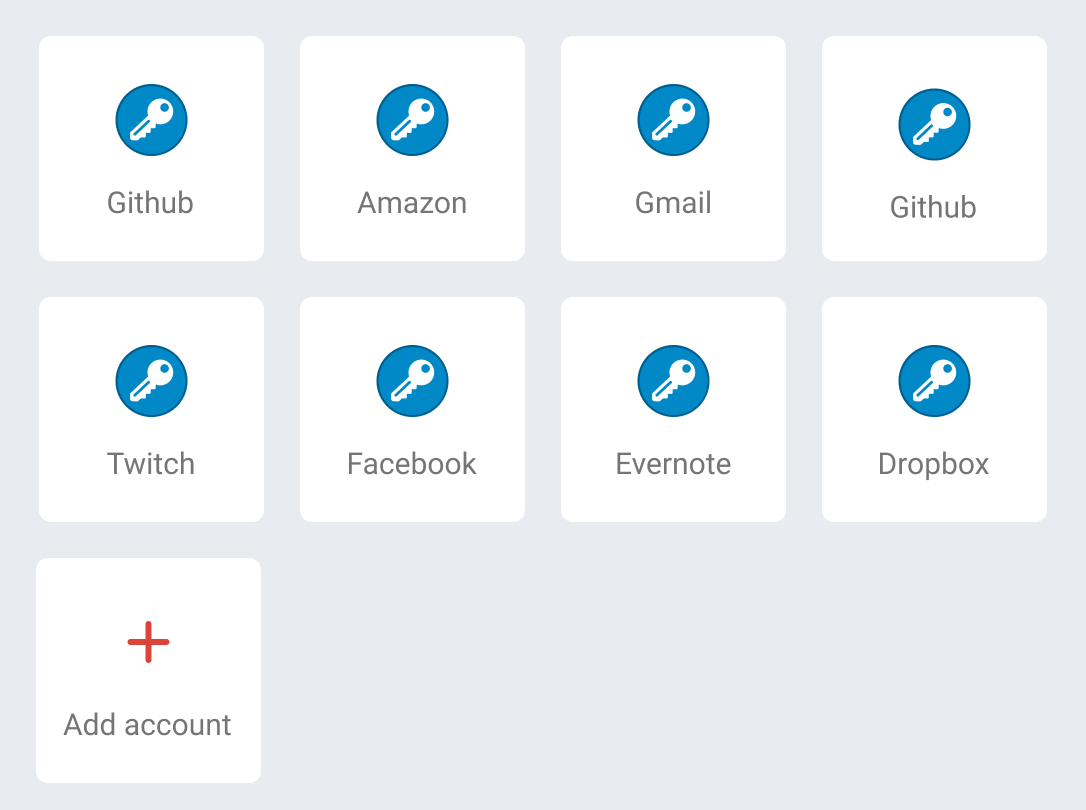 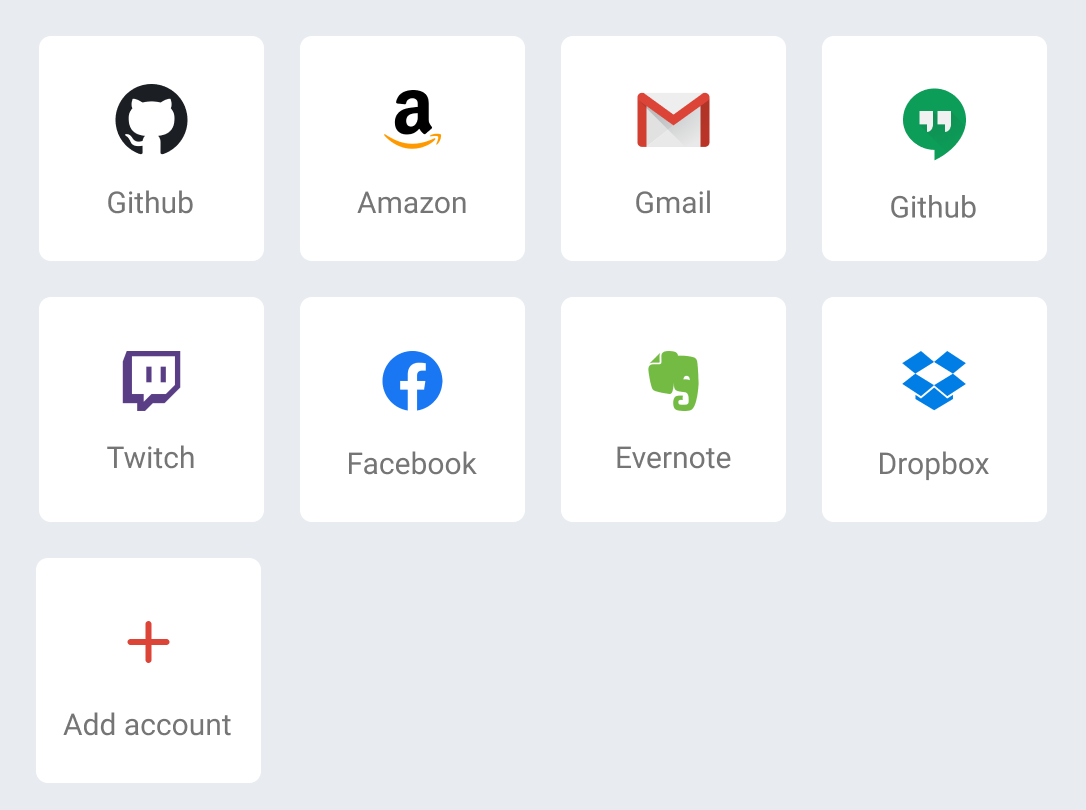 BEFORE
Users often ran into errors when they accidentally chose the wrong account because all accounts used generic, blue key logos.
AFTER
We developed a Logo Update Tool where users can replace generic-blue-key logos with proper, customized logos. The tool increased the likelihood that users would select the correct authenticator account because users can quickly scan authenticator accounts by branded logos.

I reviewed user feedback from the Google Play store reviews and Twitter, and interviewed the internal Authy team to identify limitations. 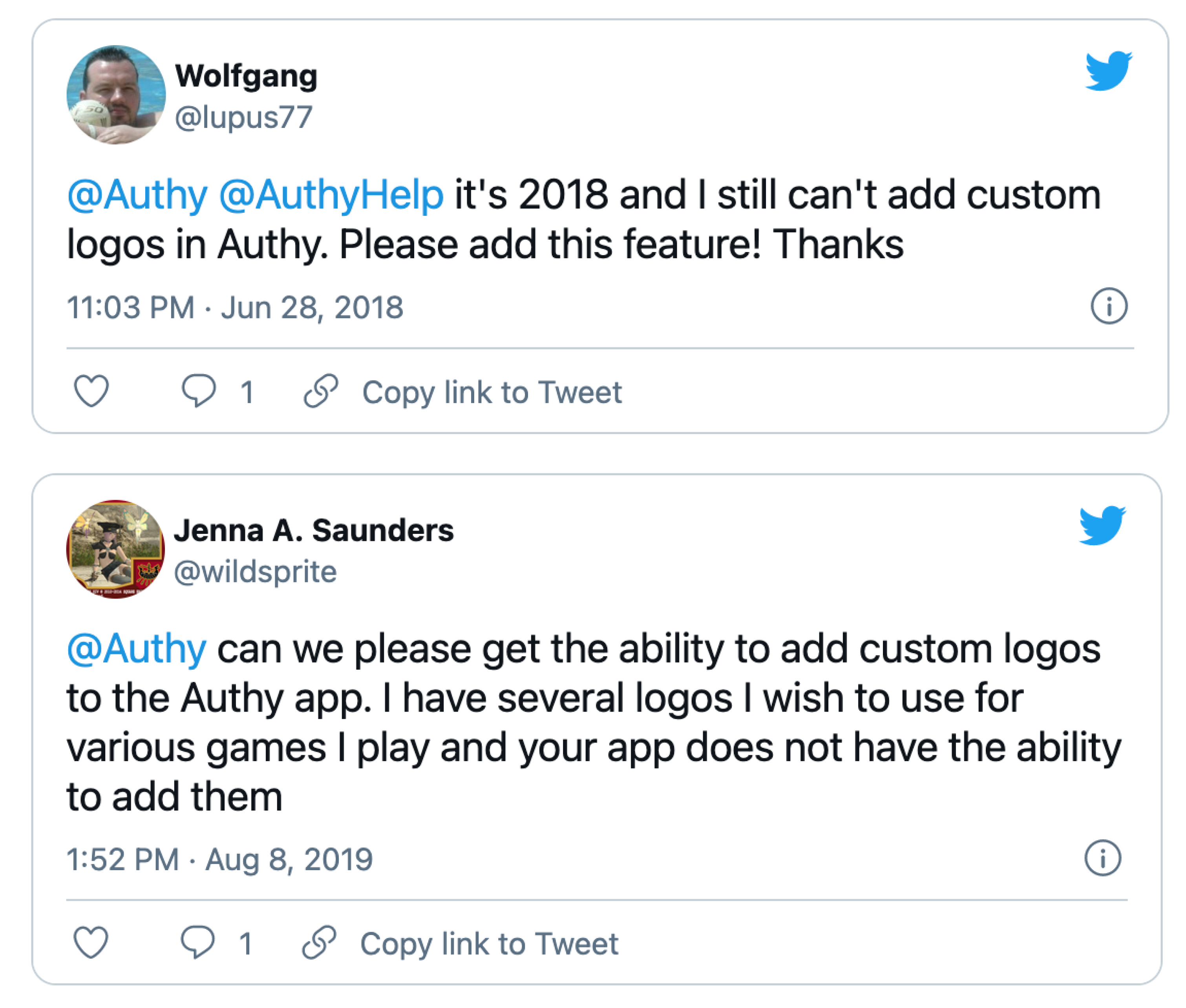 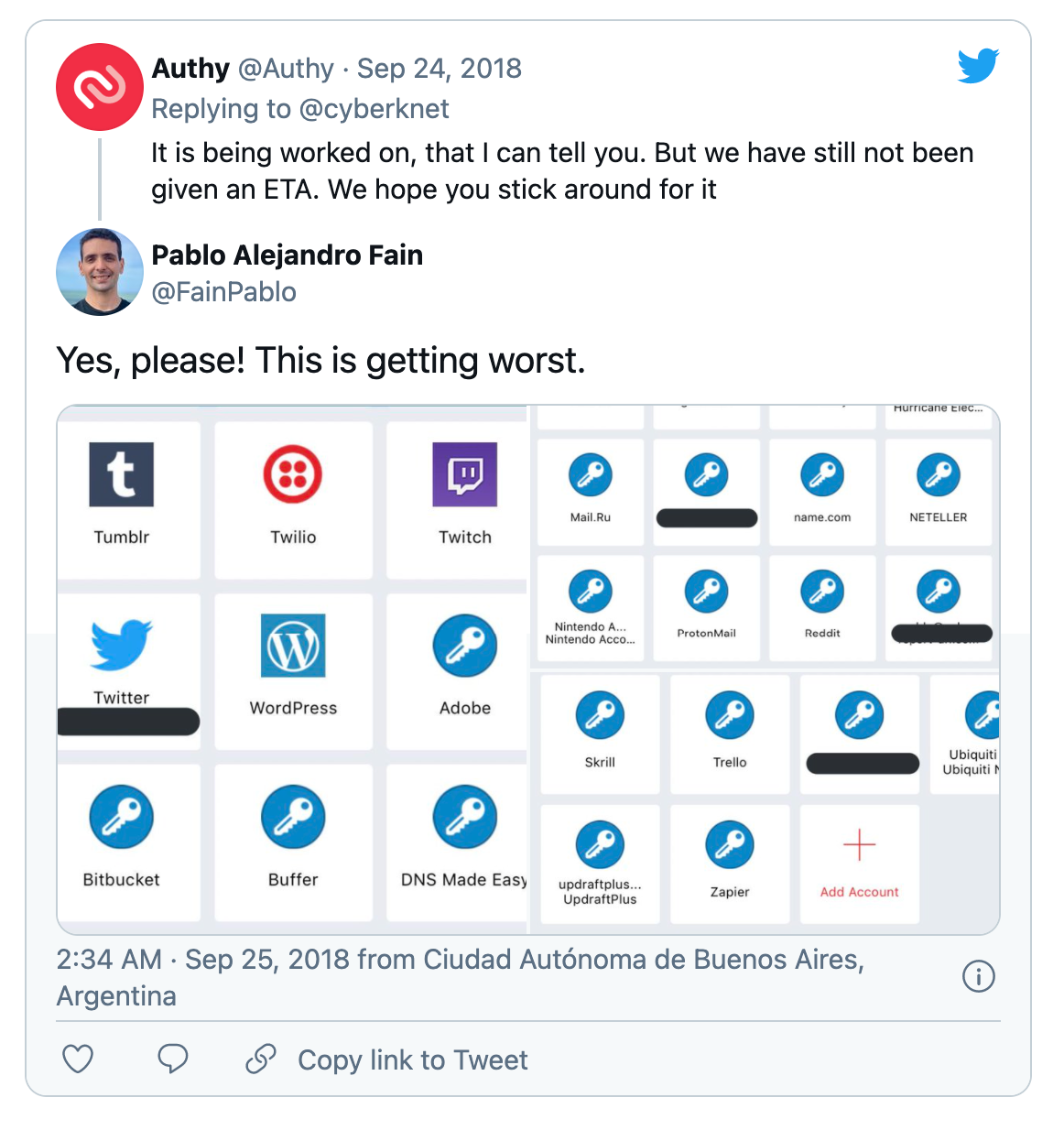 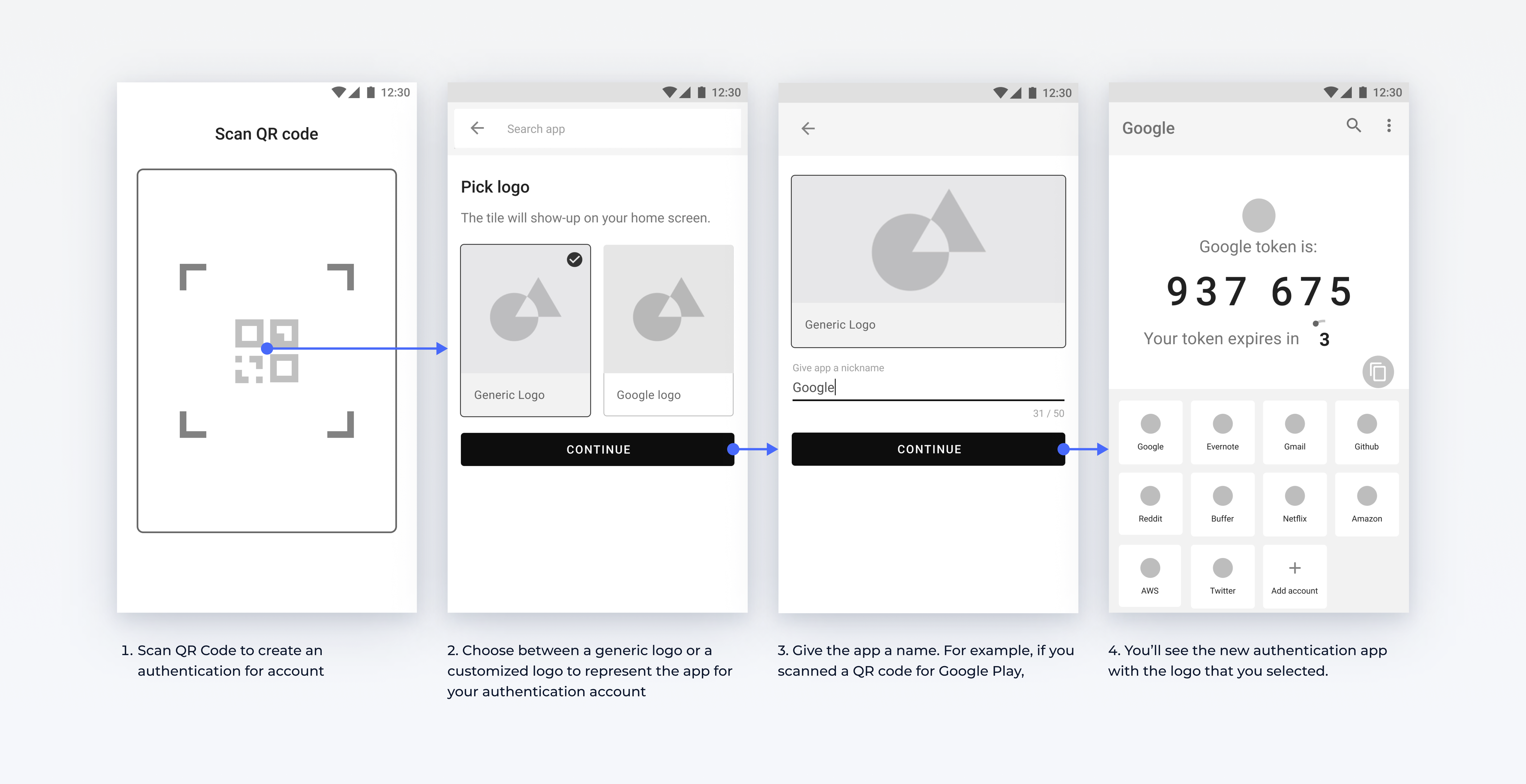 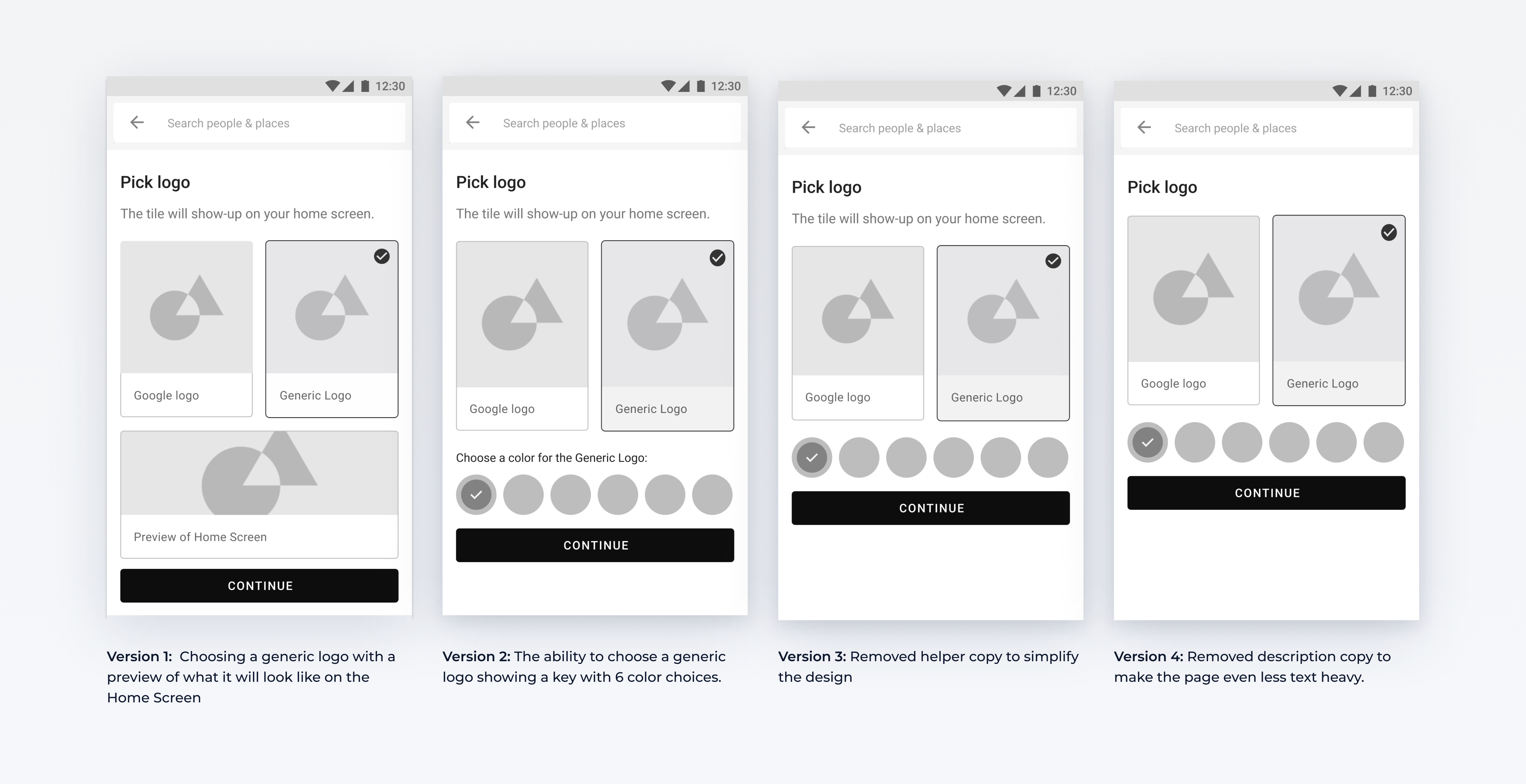 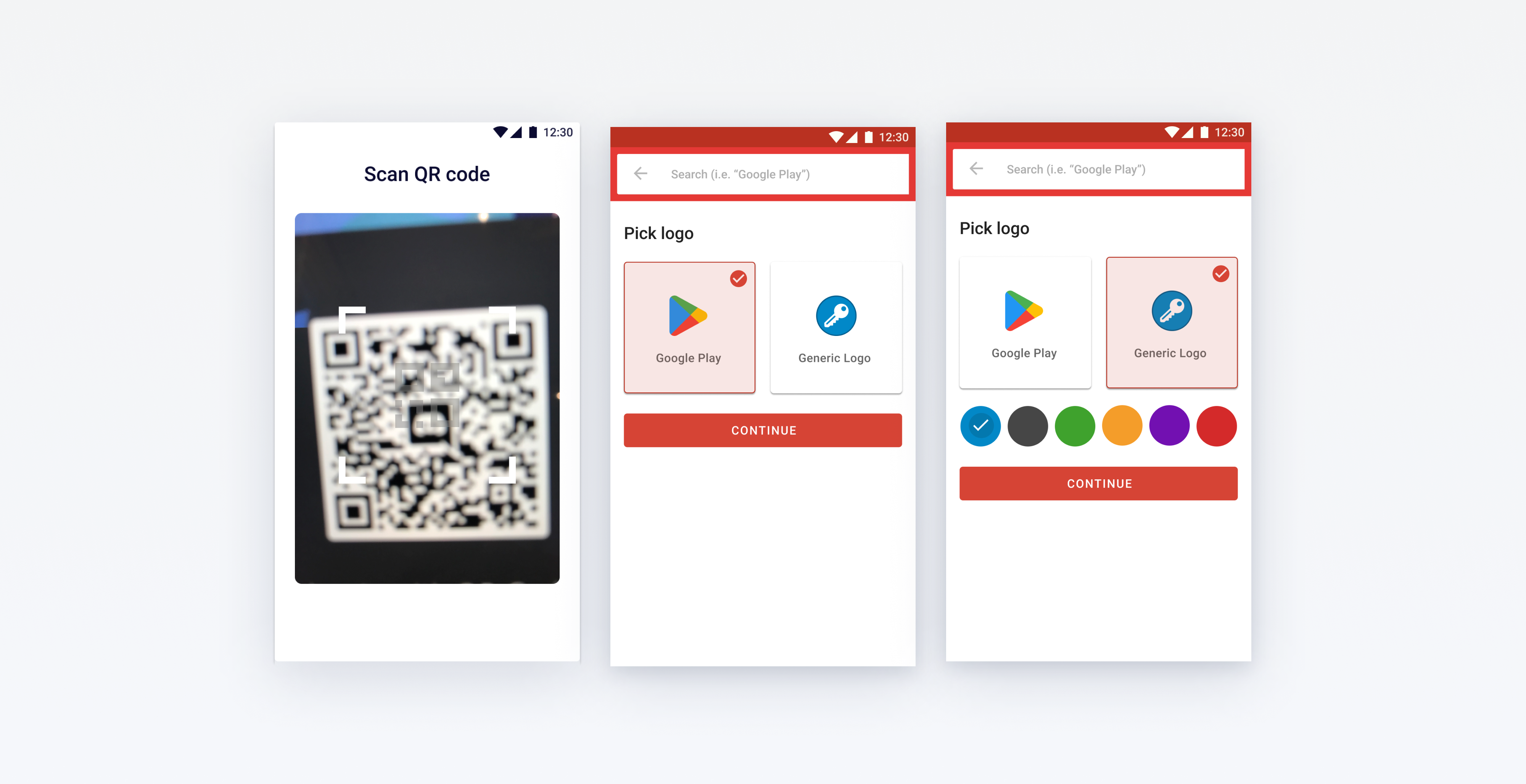 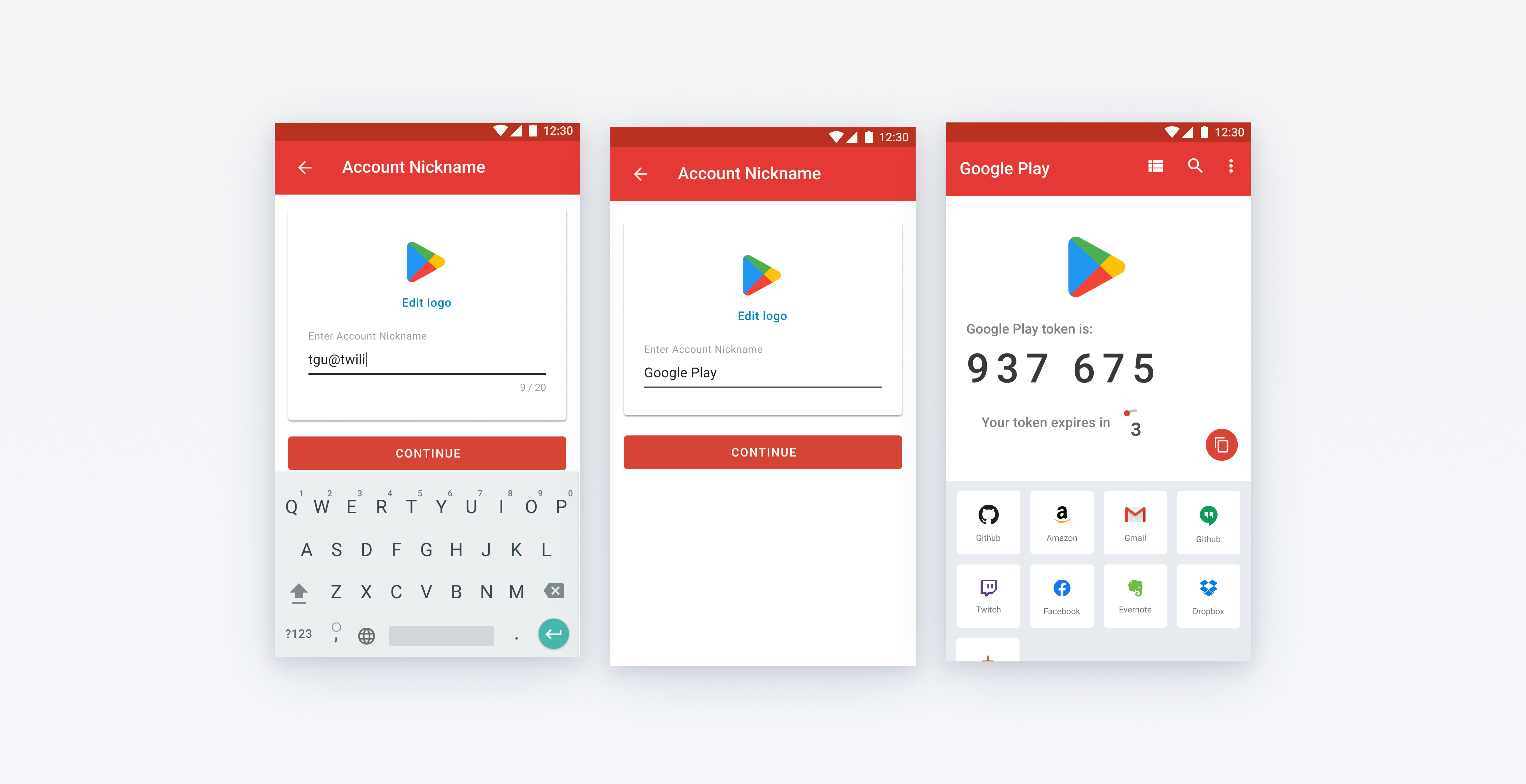 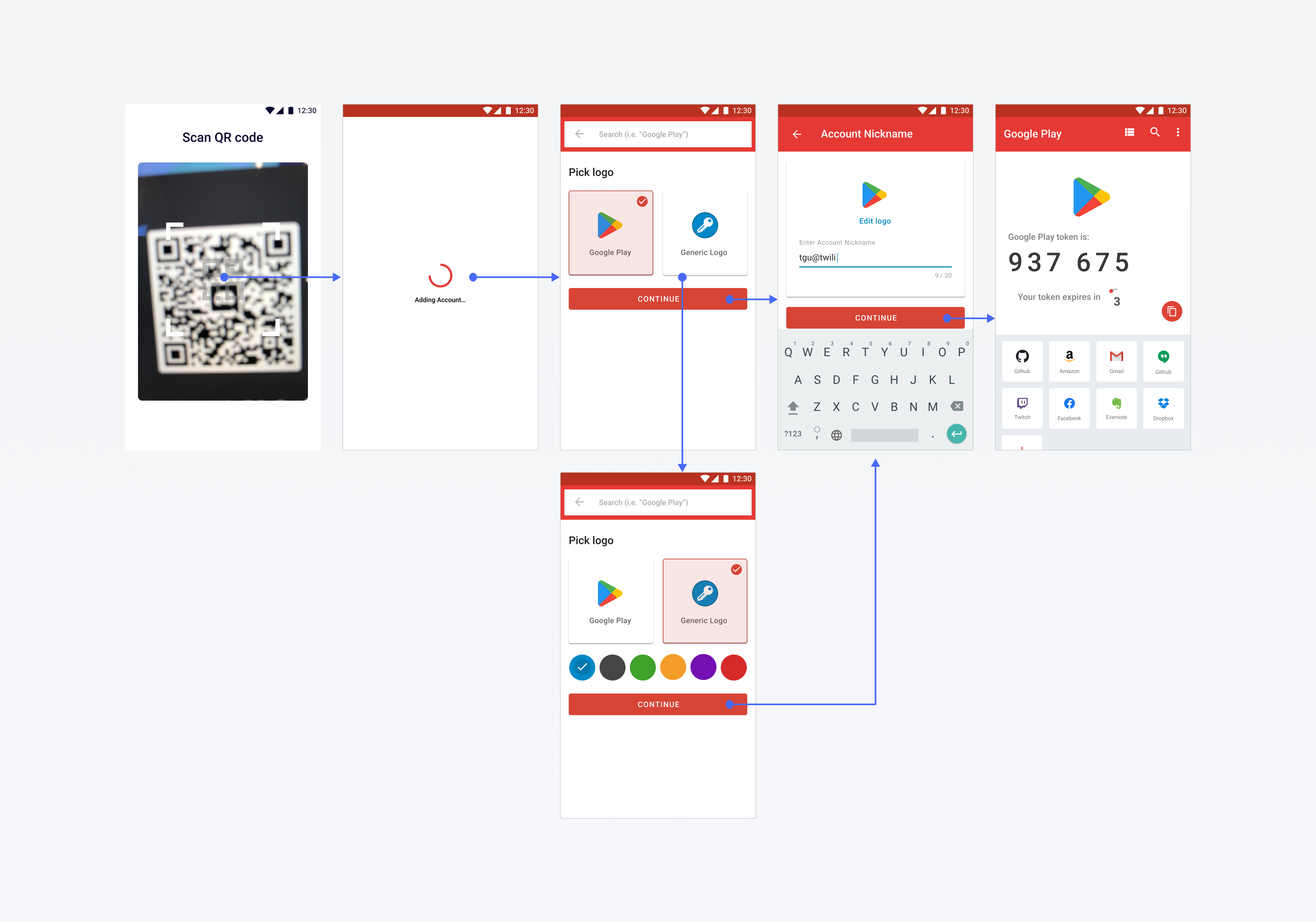 98% of users successfully updated their authentication accounts with custom logos

The New York Times reviewed the feature as a key differentiator from other competitors. 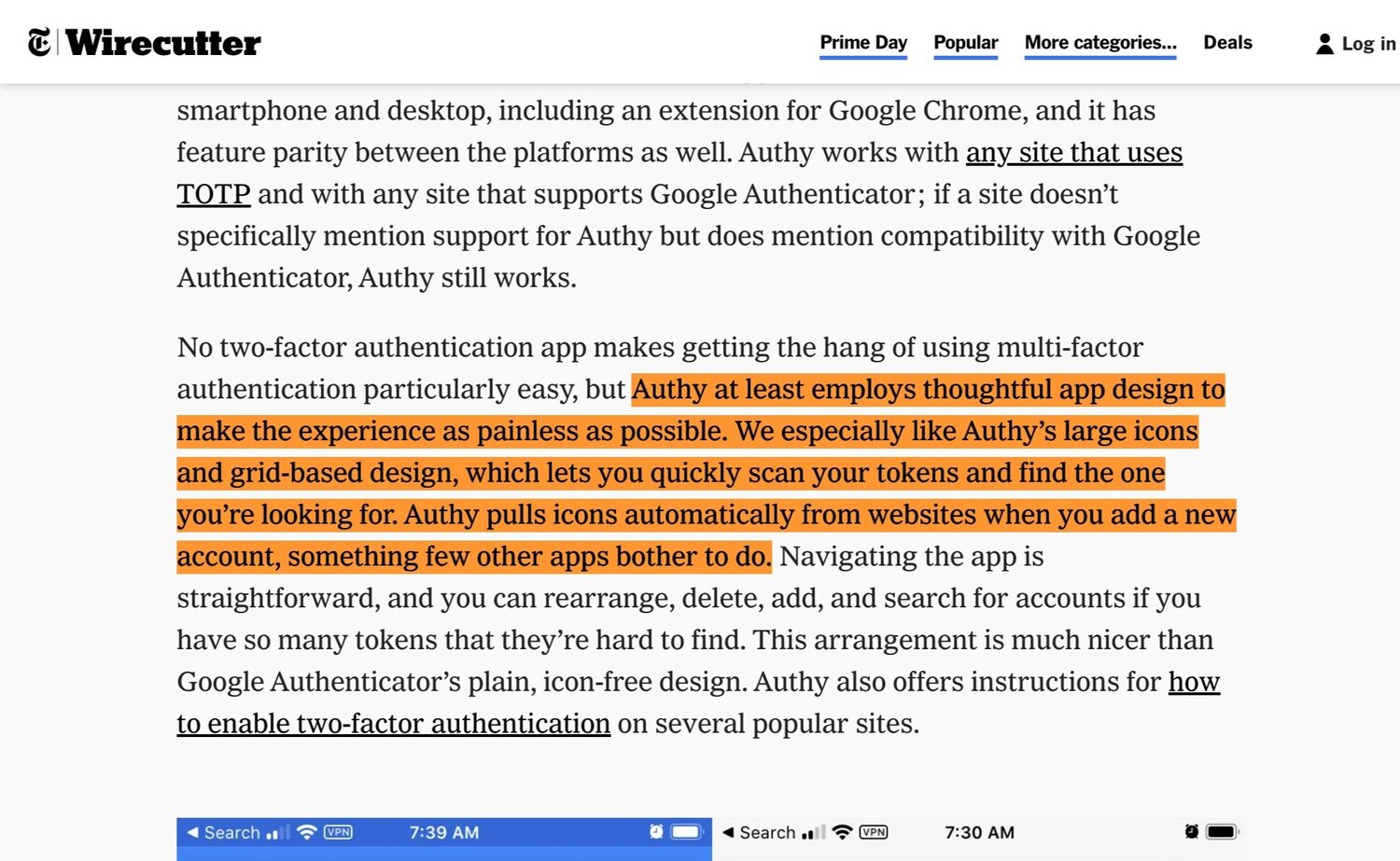